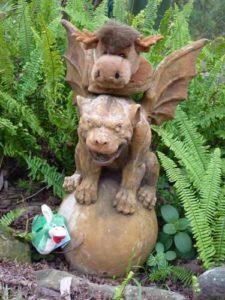 Look what arrived today from Canada to join Kelly’s menagerie.

Here they are introducing themselves to her “gargoyle” which is ageing gracefully under the maple in the garden.

The moose is one of a pair and the Ogopogo is a miniature interpretation of the creature from  Lake Okanagan in British Columbia.

The Gargoyle has been awaiting Kelly’s return for just on 2 years and he looks pleased to have company. 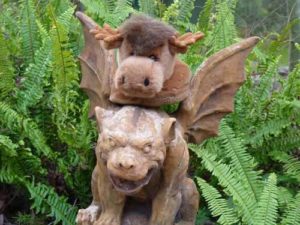 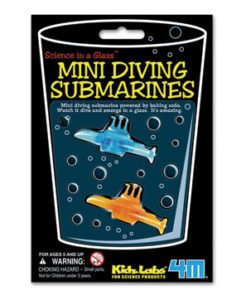