Back in October 1957 I can remember the excitement as we looked to the night skies to catch a glimpse of Sputnik. Our comic book stories were beginning to come true. How long would we have to wait for Dick Tracy’s telephone watch, I wondered? 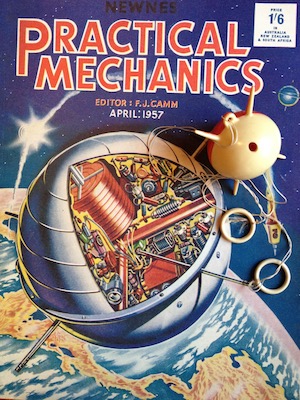 Sputnik was the world’s first artificial satellite, successfully launched by Russia, then the Soviet Union, on 4 October 1957. My father’s copy of the April 1957 edition of Practical Mechanics had a satellite on its cover. It also included an article implying that America would successfully launch the world’s first satellite later that year. And so the ‘space race’ was off and running. 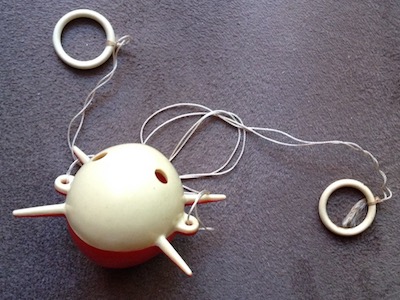 My father bought me a plastic, elastic-powered Sputnik to remember the event. It has survived the years, unlike the real Sputnik which burnt up on re-entry, three months after its launch.